How to Get Rid of Powdery Mildew On Your Plants

If you are finding white, powder-like growth on the leaves, shoots, and stems of your plants, it is a safe bet that they have the aptly named powdery mildew. But how do you get rid of powdery mildew?

What is Powdery Mildew?

Powdery mildew is a fungal disease which affects several types of plants. It is caused by several different fungal species, each of which attacks a different type of plant or plant family. It flourishes in warm and dry conditions and spreads easily in the shade during moderate temperatures. Young foliage is the most susceptible.

Common targets of powdery mildew in the garden include cucurbits (cucumber, melons, pumpkins, squash), legumes (beans, peas), and nightshades (tomatoes, eggplants, peppers). It may also be found on roses.

Powdery mildew is easy to identify, with the first sign of trouble usually starting off as circular, powdery white spots that appear on the top sides of leaves or stems. This is a layer of mildew made up of many spores which will gradually spread to cover the leaf, including the underside, giving the plant an appearance of having been dusted with white powder. These spores are carried by the wind to reach and infect new plants.

Once infected, the plant will weaken. Leaves will turn yellow or brownish, and dry out or become twisted. These symptoms typically appear late in the growing season. While flowers and fruits typically remain free of the white mildew, their production will decline, resulting in low yields of poor-quality fruit. Although rare, some extreme infections may also kill the plant.

How to Get Rid of Powdery Mildew On Your Plants

The best method of dealing with powdery mildew is proactive prevention. For example, there are mildew-resistant varieties of cucurbits that may be purchased from major seed suppliers. Planting in sunnier areas may help as powdery mildew tends to develop where there is more shade. You may also selectively prune overcrowded areas to allow for greater air circulation, which can help by reducing relative humidity.

Preventive measures for cucurbits should begin once they have their first true leaves, while zinnias can be treated at the first telltale signs of powder. Midsummer is a suitable time for ornamental shrubs, as this is when weather conditions allow the disease to thrive.

While taking preventive measures is helpful, you will often require a control spray, such as Optic Foliar ATAK. This non-toxic control spray is the only one that can be applied with the lights on without damaging or burning the leaves of your plant. It will not affect the taste or quality of crops and is safe to use even in late bloom, up to a week before harvest. There will be no trace chemicals at harvest.

If left untreated, powdery mildew can cause serious harm to your plants by robbing them of nutrients and water, while also reducing the quality and yield of crops. Using ATAK will protect your plants by eradicating powdery mildew safely and effectively. This RTU (ready-to-use) spray requires no dilution and can be put into a spray bottle or atomizer for use. Simply spray the tops of leaves and spot-treat in late bloom. 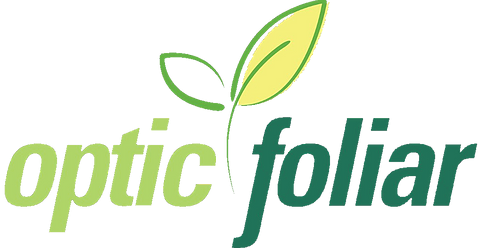 © 2021 by Optic Foliar All Rights Reserved